I first heard about the Salford Foundation through a networking contact. We were discussing the merits of corporate social responsibility and doing something meaningful but adding value to the business at the same time.

This is how Salford Foundation cropped up. It’s an organisation that uses its funding to promote workplace skills in schools across the Greater Manchester area and relies on support from businesses looking to boost their social responsibility and ‘give back’ to the community.

I signed up to a 6 week programme that involved spending two hours of my time facilitating workshops that were based on learning workplace skills like teamwork, time management, problem solving, organisation, presentation skills, emotional awareness and lots more.

The students were from years 8 and 9 and were specially selected by the school.

I received some training from Salford Foundation’s representative UD, who was superb and a great inspiration. She is so passionate about the work they do that it happily rubbed off on me. I became very excited about what was to come.

Armed with a file full of worksheets, a box full of resources like pens, flip chart paper and post it notes (amongst other things), all provided by SF, I carried out the activities that I had been trained to facilitate. What I hadn’t banked on was the degree that I’d have to ‘wing it’ when the students asked me questions that I didn’t expect.

One of the hardest parts about it was adapting my language so that I was understood. I currently spend most of my days either conversing with an irrational 2 year old or conversing with adults in what I hope to be a professional manner. So finding the right balance and not patronising them was pretty tricky!

Being back in a classroom environment made me think back to my school days and compare them with what is expected of kids today. I suddenly felt old and out of touch even though I thought my world was fairly relevant, perhaps it isn’t.

One of the activities; the students were required to write down and plan their work/life schedule, with a view to finding time for homework, revision and other things like exercise. What was returned to me was a day long list of things, non of which was homework, a lot of which was ‘gaming’ but the majority of which ended at 11pm or later.

I found myself putting my mum head on and worrying about them all having such late nights, on a school night!! How are they all staying awake all day at school? If I went to bed at 11pm every night, I wouldn’t survive longer than a week!

They also genuinely believe that one day they’ll be ‘influencers’ or ‘gamers’ for a living. The thing is that some of them might be but the vast majority, I’m sorry to say kids, just won’t. Are we doing enough to prepare them for what is to come? I’m sure that some of them will end up in jobs that don’t exist yet, but plenty of them will end up in ‘boring traditional jobs’ that, once of a day, would have been worldly and exciting to me!?!

Has ‘professional gaming’ become the new version of ‘pro footballer’ or ‘popstar’ ?

I’m definitely guilty of uttering the words ‘the world is your oyster’ and ‘you can do anything if you put your mind to it’, but am I also guilty of creating unrealistic expectations for my children? Or are the gamers and influencers weaving a web of delusion for these teens that we can’t unravel??

Who knows? Certainly not me, but it has been a really interesting eye opener and something that I most definitely will do again when I get chance.

← Next: Having a business (baby) Prev: How to use LinkedIn →

Read everything we know about marketing in one handy A-Z guide. Packed full of insights, tips and tools for building a marketing plan for your business. 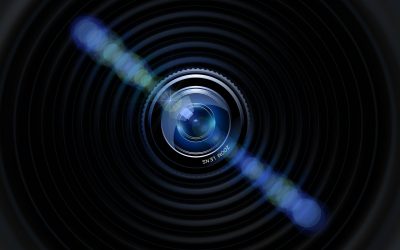 How to choose a photographer for your marketing project

Stock imagery certainly has a huge place in the world, it serves a purpose, but you can’t beat... 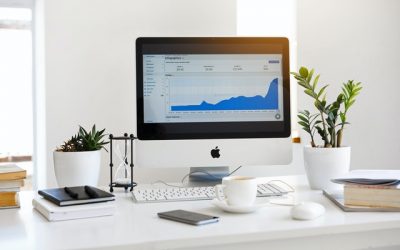 Marketing Commandment Number 1. Treat your customers with love and your competitors with...

We use cookies on our website to give you the most relevant experience by remembering your preferences and repeat visits. By clicking “Accept”, you consent to the use of ALL the cookies.
Cookie settingsACCEPT
Manage consent

This website uses cookies to improve your experience while you navigate through the website. Out of these, the cookies that are categorized as necessary are stored on your browser as they are essential for the working of basic functionalities of the website. We also use third-party cookies that help us analyze and understand how you use this website. These cookies will be stored in your browser only with your consent. You also have the option to opt-out of these cookies. But opting out of some of these cookies may affect your browsing experience.
Necessary Always Enabled
Necessary cookies are absolutely essential for the website to function properly. This category only includes cookies that ensures basic functionalities and security features of the website. These cookies do not store any personal information.
Non-necessary
Any cookies that may not be particularly necessary for the website to function and is used specifically to collect user personal data via analytics, ads, other embedded contents are termed as non-necessary cookies. It is mandatory to procure user consent prior to running these cookies on your website.
SAVE & ACCEPT