The key to building respect within a team, lies in how you, as a leader, make decisions and how much you include your team. It can either leave them feeling cast aside, or it can leave them feeling empowered. Which do you think is better?

Say for example you and your team have a problem, you ask your team to go away and think about the solution. Now they have a proposal for you, how does this conversation go in your workplace?

It’s ok to challenge the answer being put in front of you, is the answer reasoned? Is it well thought out? Is it backed up by data? If not, it’s ok to ask the team to go and get that information for you.

Hopefully what you will find is that the team has learnt and grown from this and will come to you fully armed in future. You have a happy team and they still feel valued.

Remember, your team are likely to be kicking themselves for not having the information you needed, they will feel like they have wasted your time. Reinforcing that they are here to learn and that is ok, is just part of being a leader who helps their team to grow.

Credit where credit is due, give the team praise for their hard work or their ingenuity. Let them know that they have nailed it, let them get on with it but with the assurance that you’re there for them if they need you. You have a happy, empowered team!

Doing this to your team not only leaves them feeling like they wasted their time but makes them feel like you only asked for their input as some sort of placation. Being overruled without reason leads to feelings such as; “I must be stupid” “my knowledge is irrelevant” “that research was a waste of time” and worse “my contribution isn’t valued here.”

None of that may actually be true but if you rule on a situation without due care to the people involved. You can destroy morale and support of that team or individual for a good while if not forever. You have an unhappy and demotivated team!

“I don’t agree for the following perfectly acceptable reasons”

This is where you, as a leader, go into teacher/coaching mode. If your team could genuinely not have come to this conclusion themselves with a bit of coaching, then you have identified an opportunity for training. Maybe it turns out they didn’t have enough information, or you can share the benefit of your own experiences with them.

Maybe they are more than capable, they just need an extra nudge to think differently. This is a great opportunity for you to facilitate a coaching session which you can read about here.

Either way, validating your decision will not only lead to them learning something new, it may refocus their viewpoint and who knows, they may be able to come up with an even better solution.

“I don’t agree but you seem sure it will work, so go ahead.”

Assuming the collateral damage is small enough to bear, why not let them proceed? If they fail, they learn, if it works, you learn. Seems like a win-win situation! Added to that, your business is now in a better position to tackle tomorrows problems. Your team feels like you trusted them, that it’s ok to fail and they may be more inclined to ‘innovate’ in future.

“Learn from your mistakes and the mistakes of others”

Here’s the million-dollar question, can you admit you were wrong? Remember to have the humility to admit that you were wrong and maybe let them know that you learned something. It’s not a sign of weakness, it is a strength.

“It seems we cannot agree, ultimately I’m accountable, so I want to go this way.”

If the collateral damage is large, of course there are times when you have to step in and be accountable. In those circumstances, are your decisions being made rationally or emotionally?

Rational decisions can be explained back to your team in such a way that, whilst they may not agree, they will support you anyway because you have been reasonable about it.

Emotional decision making is likely to appear irrational and be harder for them to support. Even if your answer is the best answer, it can turn out to be the worst answer if it is not supported by those who are going to act on it.

So, in reflecting on the effects of decision making on your team, make sure you take extra care before making decisions ‘for’ rather than ‘with’ your team. Think about the alternative ways that you could approach the situation; in the long run this could help you become a more inclusive leader and help to generate a loyal and happy team.

← Next: The benefits of outsourcing? Prev: What is coaching? →

Read everything we know about marketing in one handy A-Z guide. Packed full of insights, tips and tools for building a marketing plan for your business. 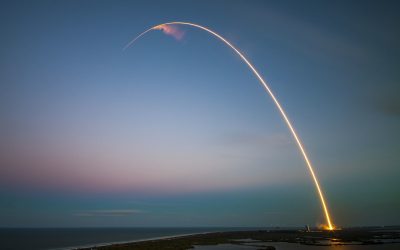 Marketing A to Z

Scattered throughout my blog you will find lots of useful articles relating to marketing your... 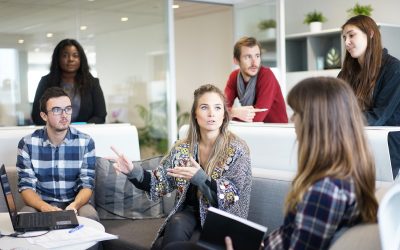 Why communication is so important

It makes people feel reassured Everyone in the world is worried about job security, it’s looming...

We use cookies on our website to give you the most relevant experience by remembering your preferences and repeat visits. By clicking “Accept”, you consent to the use of ALL the cookies.
Cookie settingsACCEPT
Manage consent

This website uses cookies to improve your experience while you navigate through the website. Out of these, the cookies that are categorized as necessary are stored on your browser as they are essential for the working of basic functionalities of the website. We also use third-party cookies that help us analyze and understand how you use this website. These cookies will be stored in your browser only with your consent. You also have the option to opt-out of these cookies. But opting out of some of these cookies may affect your browsing experience.
Necessary Always Enabled
Necessary cookies are absolutely essential for the website to function properly. This category only includes cookies that ensures basic functionalities and security features of the website. These cookies do not store any personal information.
Non-necessary
Any cookies that may not be particularly necessary for the website to function and is used specifically to collect user personal data via analytics, ads, other embedded contents are termed as non-necessary cookies. It is mandatory to procure user consent prior to running these cookies on your website.
SAVE & ACCEPT